Last night, members of the community gathered on East Second Street for a vigil in memory of the five members of the Rivera family, who perished in a house fire a year ago.

Zonia Dinora Rivera, 41, her children, Carlos Cifredo Peñate Rivera, 24, and Andrea Isamar González, 16, and her nephews, Douglas Edgardo Rivera Aguirre, 24, and Carlos Alberto Ramos Aguirre, 22, died in the fire, trapped in a third floor apartment when the fire consumed a wooden staircase that was the only means of escape. The cause of death was smoke inhalation, according to the county medical examiner.

“Today we want to remember not only their tragic deaths, but also the fact that people still love them,” said Laura Rivera, Zonia’s sister. “I just know we’re still grieving, the feelings are the same, we’re just trying to survive with this pain, but we can’t accept it and we don’t want to accept it,” she said. .

Last night, parishioners from St. John the Evangelist RC Church joined family and friends of the Riveras in praying the Rosary in Spanish one last time, remaining for more than two hours despite the cold temperatures.

An altar decorated with lighted candles and beautiful flowers, bearing the photos and names of deceased loved ones, has been set up outside the fenced vacant lot where the house once stood. It was the focal point of last night’s vigil, which also marked the last day of the Novena for the Dead, an ancient Christian tradition where people pray for nine consecutive days for the soul of the deceased.

“We know that life can change in a single day. Tonight we ask God for the Rivera family, that they may be comforted, for the souls of the departed,” said Rosendo Herrera, a member of the pastoral council of St. John the Evangelist, who offered prayers and a reflection during the vigil.

“There are a lot of conflicting emotions today,” Zonia’s brother Lionel Rivera said. “On the one hand, we are still heartbroken – the pain is endless. On the other hand, we are so grateful to everyone. The community has not left us. They have been with us every day since their dead, and we’re very grateful, but it’s so difficult,” he said.

“Today is very painful not only for us, but also for my family in Guatemala,” he said. “My mother in Guatemala is trying to cope with God’s help. We thought she wasn’t going to make it, but with God’s help and strength, she’s still here.

The family in Guatemala will mark the occasion with their own vigil on Saturday.

“No matter what, we have to go on living,” said Lionel Rivera. “We all have this cross to bear in different ways, but we have no choice but to carry on.”

Keith Polchies, a 16-year-old resident of one of the building’s second-floor apartments, stood in the street at the edge of the crowd. He remembered the horror of that night a year ago, when he lost everything except the clothes on his back. But he and the other tenants of the two second-floor apartments, as well as the landlord who lived in the first-floor apartment, escaped with their lives. He spoke last night about the guilt he feels for surviving the fire.

“I tried to save them. I tried. I shouted ‘Fire!’ I made it out alive. I wish I could have done more,” he said, more and more moved.

“I lived with them for about six years. They were one big family – you couldn’t ask for nicer people. I just feel bad that I can’t do more… I feel bad standing here, and they’re not.

Polchies made a wooden plaque for the Riveras family members. It reads: “Live from the sun, love from the moon.”

“I knew I had to do something, so I did something for them,” he said. “It means waking up in the morning and being happy. The moon is shining. Good night. We had no idea it would be their last night,” he said.

Suffolk County Police Department investigators determined that the cause of the fire was a cigarette or discarded cigarettes in a plastic container on the porch of the dwelling.

Riverhead firefighters responded alarm at 10:37 p.m. on November 16, 2021. The house was completely engulfed in flames when they arrived, a Riverhead Fire Department spokesperson said the next morning.

The charred remains of the house remained in place until the middle of last month, when it was demolished by the property owner.

City records show that Riverhead issued rental permits for the third floor apartment for more than 20 years. The most recent rental permits issued to Cannella for the three apartments, issued in 2018, had expired on March 7, 2020. According to city records obtained through a Freedom of Information Act request, the city sent a renewal notice to Cannella in February 2020, but she did not respond. City code enforcement inspectors called Cannella once and came to the house three times to check on rentals, records show, but never made contact.

Riverhead Town served three subpoenas on Cannella just three weeks before the fatal fire for renting apartments without a permit. Subpoenas remain pending, with the next court date scheduled for January.

Notices of Claim were served on the city – as well as Suffolk County – by the proposed administrator of the Rivera family estates on February 14. No lawsuit has yet been filed, according to online court records.

Riverhead Town Council in June adopted a revised rental code requiring all rental units on the third floor to have enhanced security measures to protect occupants in the event of a fire. The new legislation will come into force in 2023.

The survival of local journalism depends on your support.
We are a small family business. You rely on us to stay informed, and we rely on you to make our work possible. Just a few dollars can help us continue to provide this important service to our community.
Support RiverheadLOCAL today.

A taste of Westport's priciest condos 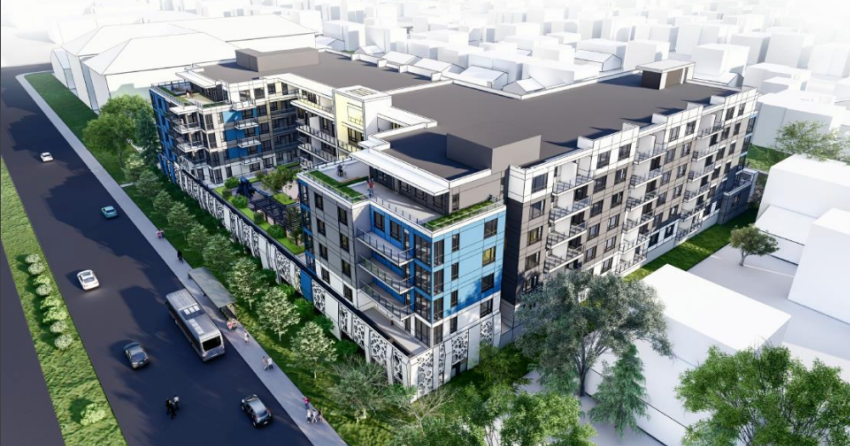