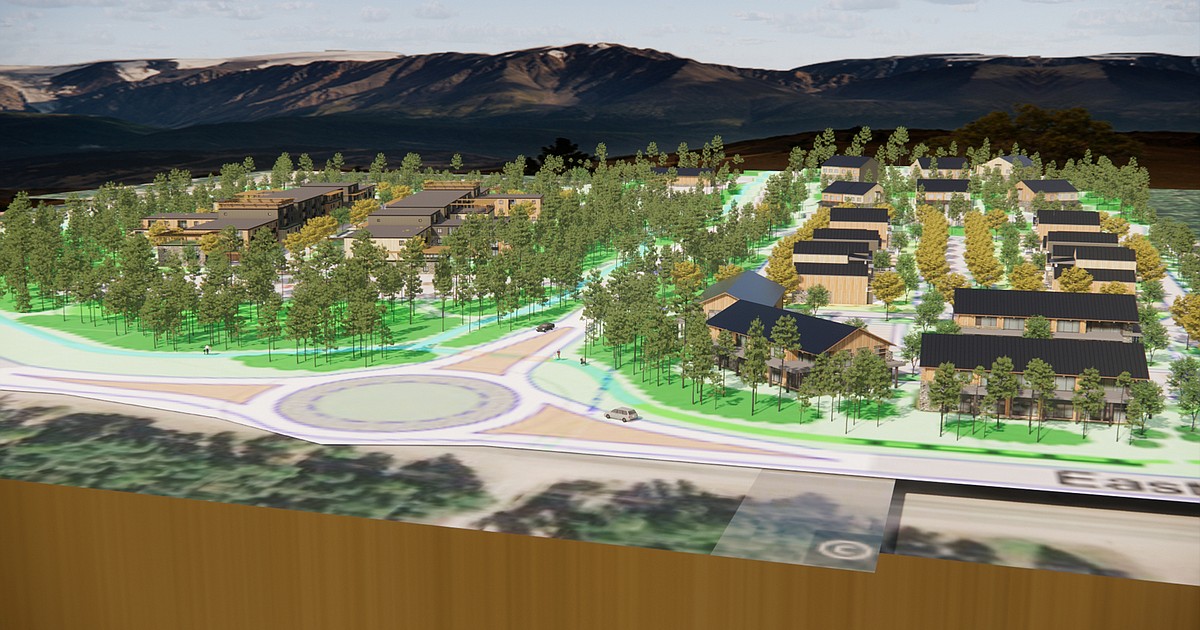 A proposal for a large housing development at the base of Big Mountain is presented to the Whitefish Planning Board for a second public hearing Thursday.

The town planning council meets at 6 p.m. in town hall. The meeting will also be available for remote participation.

Last month, the planning board first considered Arim Mountain Gateway LLC’s application for a planned unit development that would allow the construction of 318 housing units on 32.7 acres on the north side of the intersection of Big Mountain Road and East Lakeshore Drive. But after hearing about three hours of public commentary with many people still in line, the board opted to continue the hearing until its November meeting scheduled for this week.

The developer is also requesting conditional zoning for the project known as Mountain Gateway to allow a commercial portion at the northeast corner of the intersection.

The town planning council is expected to make a recommendation on the request that would be forwarded to city council, which is due to hold a public hearing on the project on January 18.

In public comments and in letters sent to the city, most spoke out against the project, saying it did not fit the neighborhood, was too dense, would exacerbate traffic jams in the area and that the 32 units offered as restricted affordable housing by deed just aren’t enough. While the few people who spoke in favor of the project said that it would provide the necessary housing for the community.

The developers say the goal of the project is to meet the needs of the â€œmissing linkâ€ by providing rental housing to those who cannot afford to buy and cannot find housing to rent. As part of the project, the developer voluntarily participates in the city’s Legacy Homes program providing 32 restricted affordable rental units per deed. The developer says the rent for these affordable units would range from $ 745 per month for a studio to $ 1,277 for a two-bedroom apartment, depending on income.

ON the WEST side of Big Mountain Road, the project offers a rental community of 270 units with 460 parking spaces. It is proposed to combine two buildings with a common open space in the center of the property.

At the northeast corner of the intersection, the developer is proposing a neighborhood commercial development with access from East Lakeshore Drive. In this regard, the developer requested conditional zoning to rezone the property in mixed zoning.

The proposed gross density of the site, at 9.72 dwelling units per acre, is less than the 12.4 dwellings per acre that could legally be developed there without PUD.

THE PLAN on the west side provides for two vehicle access points via Big Mountain Road and one on East Lakeshore Drive near the north end of the project to access the apartments.

It is proposed to have 8.85 acres of open space with two acres developed and the remainder left in its natural state.

A trail would run along the west side of Big Mountain Road and connect to the existing Wisconsin Avenue bike path at the south end.

On the east side of Big Mountain Road, a new interior street would also be built to connect East Lakeshore Drive to Big Mountain.

This area would include approximately 2 acres of open space with less than half an acre developed.

In providing housing and land for the fire hall, the developer is seeking a zoning deviation that would allow four stories within the 40 foot building height limit for portions of the multi-family buildings. The standard is three floors.

TWO OTHER public hearings are also scheduled for the Planning Board meeting.

A preliminary deck application by Little Bear Development is expected to be considered for a 20-lot subdivision on undeveloped property located on Fairway Drive south of the Grouse Mountain soccer fields. The property is zoned WRR-2 medium density residential resort.

The developer is proposing a mixed residential subdivision comprising 10 single-family or duplex lots, eight sub-lots of townhouses in one building and two lots for condominium development – with a maximum of four units on one and a maximum of 25 units. on the other. The project provides for a maximum of 56 housing units in total on just over 7 acres.

A new private road would loop through the development connecting to Fairway Drive at two locations. All lots would have main access from the internal road.

Neighbors on the property have submitted comments to the city citing concerns over loss of trees, loss of open space and increased traffic.

The Planning Department recommends approval of the application subject to 18 conditions. The request is expected to be presented to city council on January 3.

The Planning Council will review the city’s proposed changes to the zoning text for short-term rental bylaws.

A change creates a definition that recognizes standard long-term monthly rentals as different from any type of vacation rental.

The changes include creating a designation of medium term rentals, which are 30 to 90 day rentals. Mid-term rentals as well as short-term rentals are permitted uses in residential resort areas and WB-3, but planning staff say the added definition creates more tools to enforce illegal rentals in short and medium term in long term residences. areas.

The changes were initiated by city council, note planning staff, to further improve regulation and enforcement.

Changes in fines relating to short and medium-term rentals are also proposed. Those found guilty of an offense would face a fine of $ 300 for the first offense, and then $ 500 for each subsequent offense, per day it occurs.

Changes regarding short-term rentals are expected to be submitted to city council on December 6.

For more information and instructions on how to access the meeting remotely, visit https://www.cityofwhitefish.org/AgendaCenter/Whitefish-Planning-Board-16